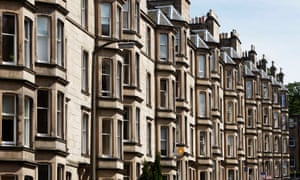 House prices have increased in every region in the UK for the first time in two years, as the Conservative party’s election victory and a more settled economic outlook calmed buyers’ nerves.

House price data compiled by the Land Registry showed average annual house prices increased by 2.2% in December, up from 1.7% in November.

The Office for National Statistics (ONS) said the pattern of falling house price growth since the 2016 EU referendum was reversed last summer in some regions in the north and east of England.

December was the first month since February 2018 that prices increased in all regions and countries.

David Westgate, the chief executive at Andrews Property Group, said: “For all regions to have delivered positive annual growth for the first time in nearly two years highlights just how resilient the UK property market has been against a backdrop of extreme political uncertainty.”

London prices rose 2.3% year on year in December, which was the strongest rise since October 2017 and a second successive annual increase.

Figures last month revealed that prices increased after a surge in the sales of expensive homes in London’s most sought-after districts. In the past year 185 £5m-plus mortgages were taken out by purchasers, according to figures from the Financial Conduct Authority.

The value of those mortgages was £9.7m on average and the total was £1.8bn, an increase of £200m on the previous year.

The ONS said: “Increased London house price growth may reflect a larger shift in the type of properties being sold than usual, with more sales of very high value properties.”

Westgate said: “While the London figure may have been skewed slightly by sales of extremely high value properties, the capital as a whole appears to have rediscovered its mojo.

“There’s every chance the rebound in sentiment in the capital will cause a ripple effect across the regions.”

Howard Archer, the chief economic adviser to the EY Item Club, said the latest sales data from the Halifax and the Nationwide pointed to a further firming in house prices in January.

“Recent data and surveys suggest that the housing market is changing up a gear after a largely lacklustre 2019,” he said.

“There is certainly a fair degree of evidence that the housing market has got an initial leg-up from increased optimism and reduced uncertainties following the decisive general election result as well as greater near-term clarity on Brexit, with the UK leaving the EU on 31 January with a deal.”

The latest Bank of England data showed mortgage approvals for house purchases rose markedly in December to 67,241, the highest monthly level since July 2017.

Mortgage approvals in December were also most probably lifted by increased confidence and reduced uncertainty among buyers and sellers after the decisive general election result, said Archer.

In England, Yorkshire and the Humber registered the highest annual house price growth, increasing by 3.9% in the year to December. This was followed by the East Midlands, with a 2.8% increase.

The lowest annual growth was in the south-east, where prices rose by 1.2% over the same period. This was followed by the West Midlands, where prices increased by 1.4%.