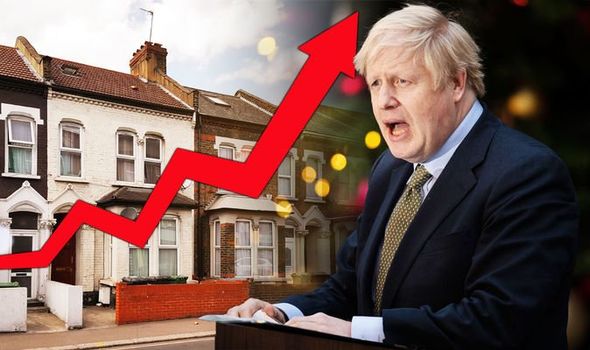 UK PROPERTY: With the General Election now behind us, asking prices for homes being listed for sale are predicted to rise as we head into the new year, according to latest figures

Pent-up demand from buyers who have been holding off making any major financial decisions until such times as there was more certainty around Brexit are now more likely to commit in the coming months, particularly as mortgage product rates remain low due to the current competition between lenders.

Certainly, there are early indicators that the UK property market may pick up pace as we move into 2020.

According to Rightmove’s data, the decrease in asking prices of 0.9 per cent in December is the lowest at this time of year since 2006.

The report also suggests that so far in 2019, overall buyer levels have remained robust, with the number of sales agreed only 3 per cent lower than in 2018.

However, as the number of properties being listed for sale has been down overall by 8 per cent when compared to the previous year, this would indicate that overall supply hasn’t kept up with the number of buyers who have been active, regardless of what’s been going on at Westminster.

Rightmove director Miles Shipside comments on the data, “The greater certainty afforded by a majority government gives an opportunity for a more active spring moving season, with some release of several years of pent-up demand.

“Given the Brexit track record to date, further political twists and turns should not be ruled out, though with a large majority there is a higher possibility of an end to the series of Brexit deadlines, and the prospect of an orderly resolution.”

Miles continues: “With much of the political uncertainty removed, we expect that the number of properties for sale will recover as more new sellers come to market, making up some of this year’s lost ground.

However, property supply is still limited, with estate agents having the lowest proportion of properties available for sale in two years, and this will fuel modest gains in the national average asking price of property coming to market.”

Former RICS residential chairman, Jeremy Leaf, cautions that as far as the impact of Brexit on the

housing market is concerned, we’re still not quite out of the woods as yet and suggests that: “The

strength of any post-election ‘bounce’ will largely be determined by early clarification of the Brexit timetable.”

This is of course a factor that is still unresolved. With the UK’s final deal with the EU and trade deals with many other countries still to be negotiated, and a no-deal Brexit still not fully off the table, there may be some who decide to hold back for just another few months, until there is more clarity before moving home.

The question is though, might these buyers miss out and end up paying more for their next property if they wait until mid-2020?

Jeremy suggests, “It would be surprising if there is a significant increase in values over the next few months. Prices have been underpinned for some time by a shortage of supply, so any rise is likely to be more than outweighed by the usual increase in stock covering most price ranges at this time of year.”