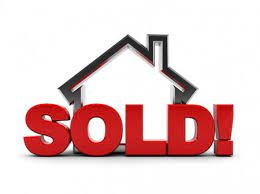 The UK property market is experiencing a record-smashing summer mini boom, with the number of sales agreed from mid-July to mid-August totalling more than £37 billion.

The post-lockdown surge in activity also saw the highest number of homes being put up for sale since March 2008, in contrast to the usual summer sales lull, according to Rightmove’s monthly house price index.

Over the past 10 years, the average monthly fall in asking prices at this time of year has been 1.2 per cent, the property website said.

However, the new figures show asking prices up in 10 out of 12 regions, hitting record highs in seven areas as the exodus from urban centres continues.

In Scotland and the Midlands, asking prices are up 6.3 per cent year on year, while the rise in Wales is 5.8 per cent.

The report highlights a notable shift out of London and the South-East – the only two regions to see monthly price falls – as the possibilities of remote working and the post-lockdown desire for more space take hold. The two regions also saw the lowest annual rise in asking prices, with the London figure up two per cent to £629,000.

“More property is coming to market than a year ago in all regions, and at a national level the new supply and heightened demand seem relatively balanced,” said Rightmove’s Miles Shipside. “However, those expressing most desire to move on are unsurprisingly in London and its commuter belt.

“London has 69 per cent more properties coming to market, with the South-East at 60 per cent and the East at 56 per cent. With work and transport patterns potentially changing most around the capital, commuter belt properties need to have more appeal to prospective buyers than just proximity to a station.”

This comes as buyer interest continues apace following the two-month property market lockdown hiatus, and also spurred on by the eight-month stamp duty holiday that was announced at the start of July.

The tax break is intended to help buyers who have taken a financial hit because of coronavirus and boost a market hit by lockdown.

Providing they complete before March 31 next year, buyers of homes priced up to £500,000 will pay no stamp duty, while those purchasing above that level stand to save up to £15,000 in tax.

Prior to Chancellor Rishi Sunak’s announcement of the measure in his summer emergency Budget, first-time buyers paid no stamp duty up to £300,000 in any event, but the new benefit extends to all sectors of the market.

The latest Rightmove statistics show sales agreed in the period rose 59 per cent year on year for homes at the top of the ladder, 38 per cent in the second stepper market, and just 29 per cent for first-time buyers, previously the strongest rung of the property ladder.

However, a report from the Royal Institution of Chartered Surveyors last week warned the boom could be relatively short lived, with the majority of estate agents in London predicting house price falls over the next year as jobs uncertainty bites once the Government’s furlough scheme ends in October.